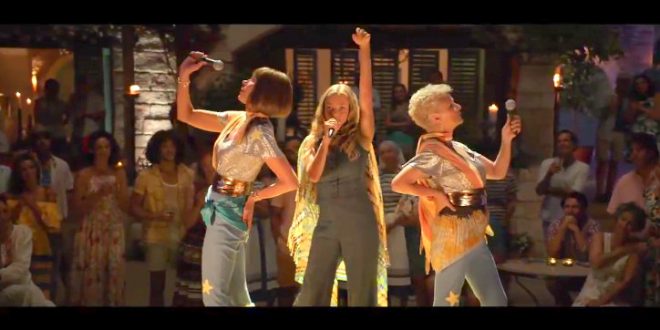 A new musical spectacle opens its curtains in the sequel to Universal’s Mamma Mia!. The follow-up, Mamma Mia!, Here We Go Again, debuted its trailer on Thursday.

Ten years after the original film hit theaters, the upcoming sequel welcomes the return of Amanda Seyfried as Sophie, who reveals she is pregnant but nervous to be a single mom. Hoping to inspire Sophie to find strength and courage, her family friends (Julie Walters and Christine Baranski) begin chronicling the early years of her mother, Donna (Meryl Streep), who raised Sophie on her own.

Already finding herself in a predicament, Sophie’s world is turned upside down after learning her grandma (Cher) makes an unexpected visit to their Greek island of Kalokairi. “Let’s get the party started,” Cher’s character exclaims, only for Seyfried’s Sophie to inform her that she wasn’t invited. “That’s the best kind of party, little girl,” Cher teases.