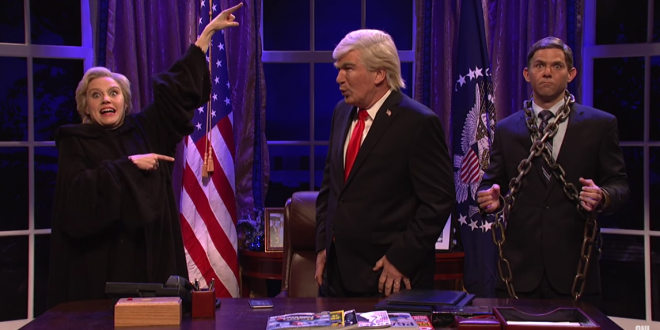 December is here, and Saturday Night Live is getting into the Christmas spirit — by casting Donald Trump as Scrooge.

Alec Baldwin’s Trump returned to the show Saturday in the cold open, where he found himself visited by the ghosts of his past, present, and future. But first up was Mikey Day as Michael Flynn, who pleaded guilty Friday for lying about his contact with Russian ambassadors. (In the SNL sketch, Flynn became Trump’s Jacob Marley.)