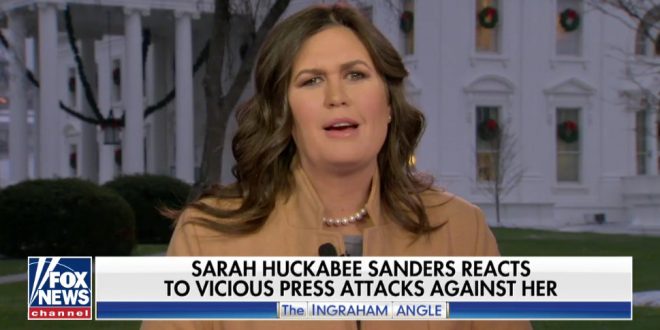 Sanders was asked to react to recent attacks against her, especially from MSNBC’s Mika Brzezinski, claiming the press secretary “never says anything that is truthful” and that she’s “helping damage this republic,” as well as––as Ingraham put it––the “crap” that she has to put up with in the White House briefing room.

“Look, it helps that I have three toddlers at home, so I’m pretty good at having a lot of patience and sometimes deal with somethings you don’t want to deal with,” Sanders began. “This is a president that has been elected by the forgotten men and women of this country a lot of liberals have contempt for those people, whether they’re men, whether they’re women and they want to attack us.”