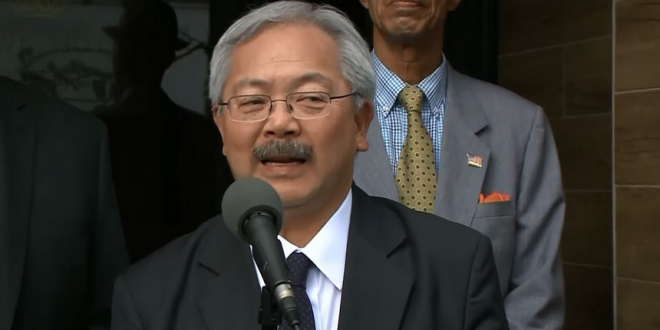 San Francisco Mayor Ed Lee died early Tuesday morning at age 65, his office said. The sudden news came in an email from the office at 2:23 a.m.

It read: “It is with profound sadness and terrible grief that we confirm that Mayor Edwin M. Lee passed away on Tuesday, December 12 at 1:11 a.m. at Zuckerberg San Francisco General Hospital. Family, friends and colleagues were at his side. Our thoughts and prayers are with his wife Anita, his two daughters, Brianna and Tania, and his family.”

No cause of death was given. Lee, known for his friendly and often jokey personality and his focus on details and political consensus, was the 43rd mayor of San Francisco and the first Asian American to lead the city. Board of Supervisors President London Breed became acting mayor, effectively immediately, the office said.

Lee was not known to have been ill.