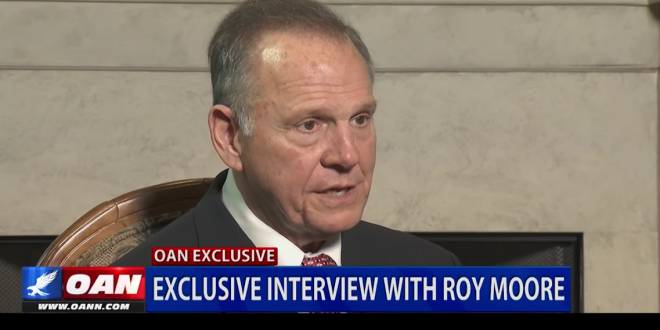 Roy Moore: Immorality Is At A New Low [VIDEO]

Roy Moore has refused to debate his opponent and has rejected interview requests from all mainstream media outlets, but he’ll still talk to the far-right sites:

“I think immorality has sunken to a new low. And I think in this race I have been very much impressed with the lack of morality in political advertisements. They say anything, they do anything just to win,” Moore said in an interview with One America News Network.