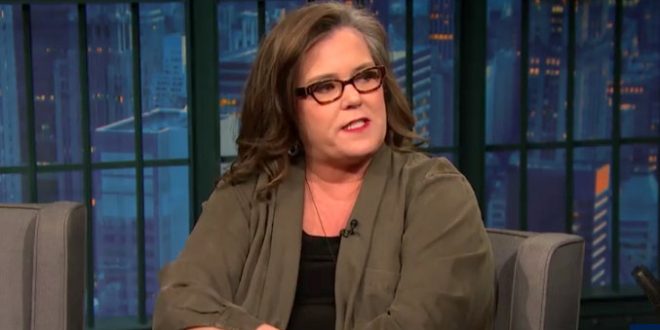 Right wing sites are flipping out over several tweets posted last night by Rosie O’Donnell. From the Daily Caller:

As the bill on tax reform was being debated in the Senate, O’Donnell offered “2 million to any GOP senator who votes no” on the bill. No Republicans took Rosie up on her offer as all 51 voted in favor of the bill.

O’Donnell started by targeting two Republicans, Jeff Flake of Arizona and Susan Collins of Maine. She tweeted, “so how about this i promise to give 2 million dollars to senator susan collins and 2 million to senator jeff flake.”

DM me susan
DM me jeff

no shit
2 million
cash
each

susan – 2 million dollars cash
call if u want to negotiate

do u think your family is proud of u @sennatorcollins

woman – mother – grandmother – sister – daughter
u have betrayed us all

rachel meadow asks – “was susan collins engaged … did u feel a heartbeat – was she human” SHE THINKS ITS SEXIST ? NO U SEE SUSAN STOOD AND SAID – NO – I WONT KILL AMERICANS – AND NOW SHE SAYS “YES – YES I WILL KILL AMERICANS” FUCK U SUSAN COLLINS – U MAKE ME SICK – UR NO WOMAN