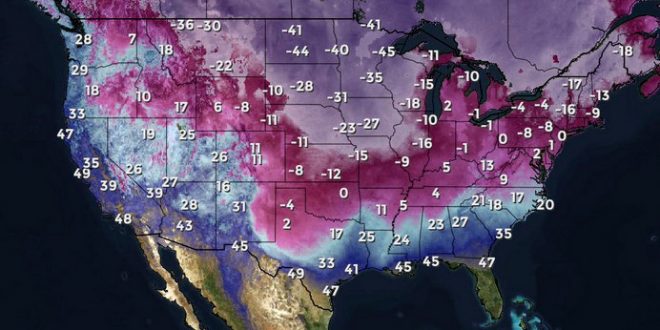 The National Weather Service has posted wind chill advisories and warnings over a widespread swath from the Plains and Midwest into the mid-South and Northeast.

In parts of the Dakotas and Minnesota, wind chills as cold as minus 50 to 60 degrees at times could lead to frostbite on exposed skin in as little as 10 minutes.

Temperatures in the eastern half of the U.S. may be the coldest to ring in any new year in at least 70 years, according to one model forecast pointed out by Dr. Brian Brettschneider, climatologist with the Western Regional Climate Center.