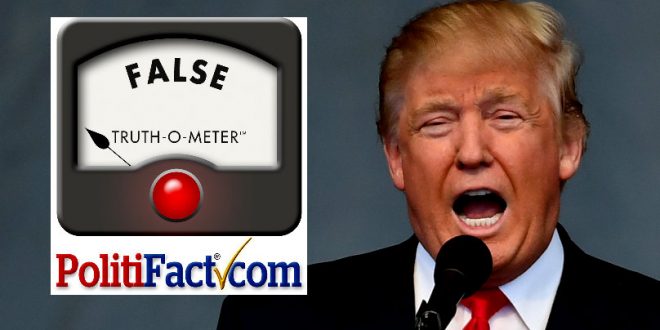 President Donald Trump is known for boasting about his achievements. But is he correct that he’s enacted more legislation than any other president?

At a West Palm Beach fire station on Dec. 27, Trump said, “You know, one of the things that people don’t understand — we have signed more legislation than anybody. We broke the record of Harry Truman.”

According to calculations by govtrack.com — a nonpartisan website that collects congressional and other governmental data — Trump actually ranked last in legislation signed among post-World War II presidents in their first calendar year who took office on the regular four-year cycle (as opposed to those who were elevated to the presidency after a death or resignation).

All told, Trump’s statement is “nonsense,” said Max J. Skidmore, a University of Missouri-Kansas City political scientist who has written several books on the presidency. “Trump has signed only one major piece of legislation, barely working that into his first year.” We rate the statement False.