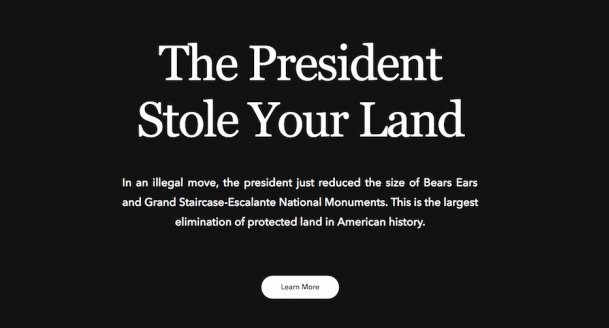 Outdoor retailer Patagonia has been vocal about its efforts to keep protected federal land protected. That effort reached a new level on Monday following President Trump’s announcement that his administration will shrink the size of the Bears Ears National Monument in Utah by 85 percent. In response, Ventura, California-based Patagonia says it plans to sue the Trump Administration.

“Americans have overwhelmingly spoken out against the Trump Administration’s unprecedented attempt to shut down our national monuments,” said Patagonia President and CEO Rose Marcario in a statement, noting that such “unlawful actions” will result in the largest elimination of protected land in American history. “We’ve fought to protect these places since we were founded and now we’ll continue that fight in the courts.”

This is the largest elimination of protected land in American history.
Take Action: https://t.co/biZPxo7PHh#BearsEars pic.twitter.com/OqW9FHPk3Q