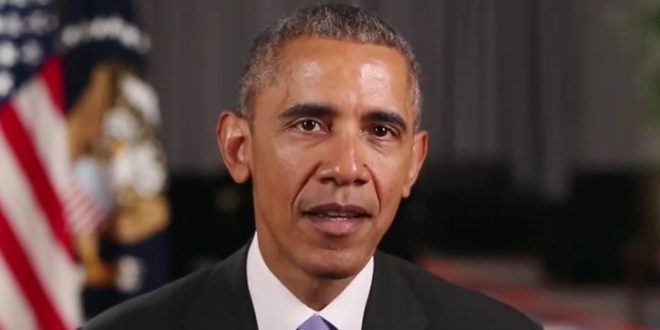 Obama Warns Of Parallels To Rise Of Hitler

American democracy is fragile, and unless care is taken it could follow the path of Nazi Germany in the 1930s. Mixed in with many softer comments, that was the somewhat jaw-dropping bottom line of Barack Obama last night as, in a Q&A session before the Economic Club of Chicago, the Chicagoan who used to be president dropped a bit of red meat to a hometown crowd that likely is a lot closer to him than the man whose name never was mentioned: President Donald Trump.

The U.S. has survived tough times before and will again, he noted, particularly mentioning the days of communist fighter Joseph McCarthy and former President Richard Nixon. But one reason the country survived is because it had a free press to ask questions, Obama added. Though he has problems with the media just like Trump has had, “what I understood was the principle that the free press was vital.”

The danger is “grow(ing) complacent,” Obama said. “We have to tend to this garden of democracy or else things could fall apart quickly. That’s what happened in Germany in the 1930s which, despite the democracy of the Weimar Republic and centuries of high-level cultural and scientific achievements, Adolf Hitler rose to dominate,” Obama noted. “Sixty million people died. . . .So, you’ve got to pay attention. And vote.”