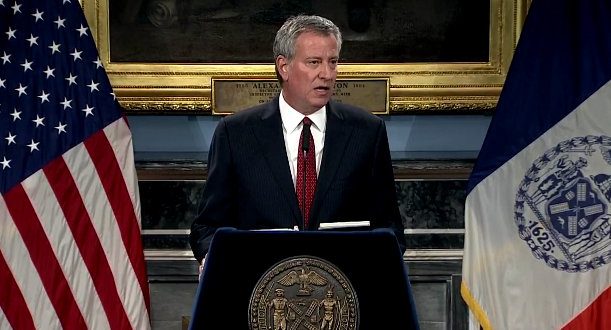 It would have seemed unbelievable in 1990, when there were 2,245 killings in New York City, but as of Wednesday there have been just 286 in the city this year — the lowest since reliable records have been kept.

In fact, crime has fallen in New York City in each of the major felony categories — murder and manslaughter, rape, assault, robbery, burglary, grand larceny, and car thefts — to a total of 94,806 as of Sunday, well below the previous record low of 101,716 set last year.

If the trend holds just a few more days, this year’s homicide total will be under the city’s previous low of 333 in 2014, and crime will have declined for 27 straight years, to levels that police officials have said are the lowest since the 1950s.

The numbers, when taken together, portray a city of 8.5 million people growing safer even as the police, under Mayor Bill de Blasio, use less deadly force, make fewer arrests and scale back controversial practices like stopping and frisking thousands of people on the streets.