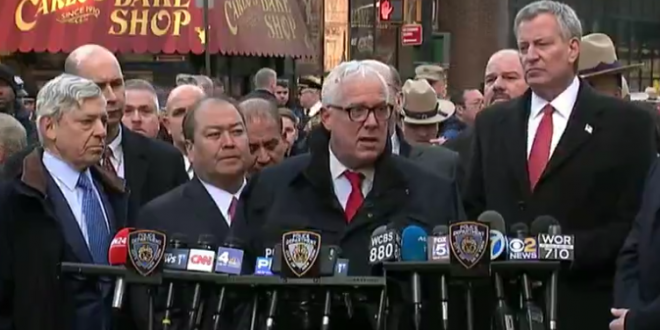 Ullah Akayed has been arrested following reports of a possible pipe bomb detonated in New York City. Police say that it appears as though Akayed set off some kind of explosive device around 6:30 a.m. on Monday morning in an underground Subway station not too far from bustling Times Square. Police took 27-year-old Akayed into custody shortly after the explosion was reported. According to Mail Online, Akayed was “wearing a device with wires” on his person.

Former NYPD Commissioner Bill Bratton told MSNBC that preliminary information suggested that Akayed may have been from Bangladesh and has been living in the United States for about seven years. Akayed lived in the East Flatbush area of Brooklyn. Police have arrived at his home and are looking for more information about him.

“Investigators briefly spoke to the suspect he told them he made the explosive device at the electrical company where he works,” read a tweet from the New York City Alerts Twitter page. The explosion occurred near the Port Authority bus terminal in Midtown Manhattan. The passageways that connect the subway system underground tend to be very busy.

NYPD is significantly stepping up security around the city, 3 civilians suffered minor injures during the explosion