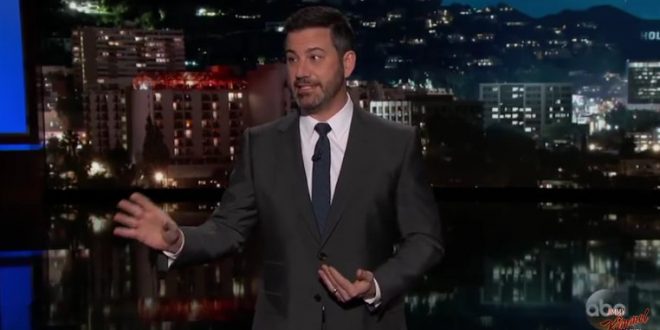 “The Federal Communications Commission did something absolutely despicable today: They voted to put an end to net neutrality,” announced Jimmy Kimmel.

The late-night host dedicated a portion of his Jimmy Kimmel Live! monologue Thursday night to the net neutrality vote, which ruled 3-2 (three Republicans for, two Democrats very much against) in favor of dismantling the regulations.

“So now, we have to hope Congress agrees to vote on and reverse it,” offered Kimmel. “But I just want to say, thank you, President Trump. Thanks to you—and this jackhole you appointed to run the FCC—big corporations are about to take full control of the internet. So Merry Christmas, everybody.”