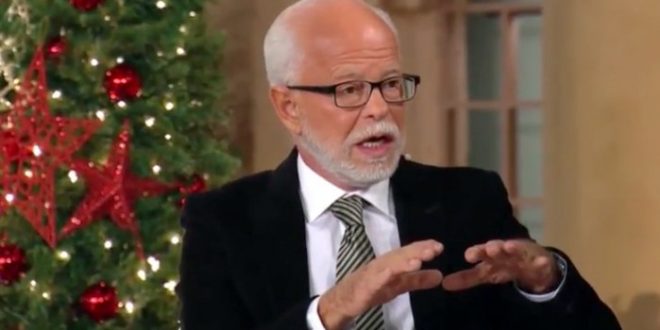 Jim Bakker: I Can’t Preach The Gospel On My Show Because Those Who Hate God Want To Kill Me [VIDEO]

End Times prepper pastor Jim Bakker said on his television program today that there is so much hatred of Christianity in America that he cannot even preach the Gospel on his show because he could be killed for doing so.

The people who hate God, Bakker said, “have beat back all opposition, they have changed America” but have so far been unable to destroy the word of God.

“The warfare is against the God of heaven,” he said. “The God of Abraham, Issac, and Jacob.The God whose son is Jesus Christ. I’m serious. You have no idea. I can’t even talk about it because they will kill me. And I don’t care what you say, I know what I’m talking about. They’ve already threatened my life because they disagree with the Bible.”