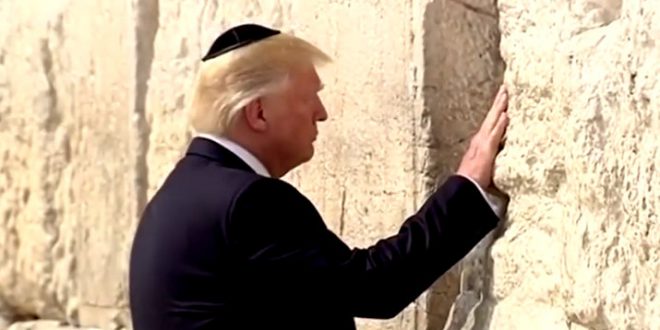 JERUSALEM: New Western Wall Train Station To Be Named For Trump After “Brave And Historic Decision”

A train station that will be built next to the Western Wall will be named after US President Donald Trump.

The decision was made by Transportation Minister Israel Katz, who said: “The Western Wall is the holiest place for the Jewish people, and I decided to name the train station that leads to it after President Trump – following his historic and brave decision to recognize Jerusalem as the capital of the State of Israel.”

Yediot Aharonot reported on Tuesday that Katz approved the construction plans for the train, that will include a 3 km. tunnel from the Umma (nation) station at the entrance to the city to the Cardo in the Jewish Quarter.