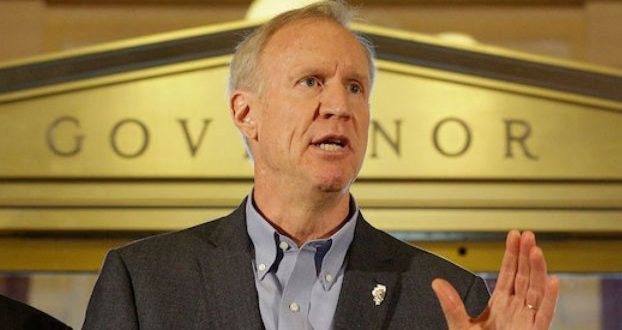 Starting in January, Illinois will bar a rare criminal defense allowing the use of a victim’s sexual orientation as justification for violent crime, a ban gay rights advocates say they will attempt to replicate in about half a dozen states next year.

Defense attorneys will no longer be able to mount the so-called “gay panic defense” in Illinois, the second state after California to prohibit the tactic. It isn’t common, but one study shows it has surfaced in about half of all U.S. states and has been used with some success.

Advocates say bans are necessary because crimes against gay and transgender people are on the rise, but some attorneys remain skeptical, calling the ban politically motivated and unnecessary because the old-fashioned defense wouldn’t hold up in court today.

GOP Illinois Gov. Bruce Rauner [photo] signed the ban in August after it passed in the state legislature with no opposition.

The only other state with such a ban on the books is California, which outlawed the practice in 2014, one year after the American Bar Association called for its prohibition.