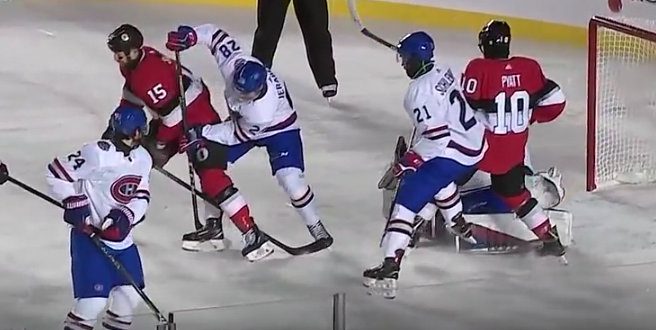 Ottawa Senators hockey announcers Dean Brown and Gord Wilson were promoting their post-game radio call-in show on TSN1200 Saturday for the game against the Montreal Canadiens when the discussion veered into, of all things, the gay meet-up app Grindr.

Dean Brown: “Gord and I … [will take] calls, questions, emails — Tinder, Twitter, Grindr — all the social media stuff. They’ll have that going on after the game tonight.”

Brown: “Well, I don’t know what any of them do, so I just mention them all.”

Brown: “I think it probably has something to do with those Mix Masters, those grinder attachments.”

The conversation goes on from the there. Deadspin has the audio and some hilarious comments.

Previous Trump Judicial Nominee Withdraws After Failing To Answer Basic Questions During Humiliating Hearing
Next REPORT: Trump Is Privately Telling Aides That Robert Mueller Will Soon Exonerate Him In A Formal Letter