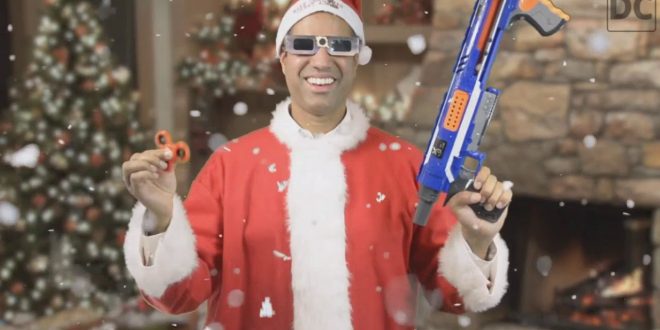 This is a bit ironic. When FCC chairman and former Verizon lawyer Ajit Pai uploaded a video this week detailing all the things we’ll still be able to do after he killed net neutrality, he apparently forgot one key step: asking permission.

You see, part of the smarmy and glib clip the FCC produced with The Daily Caller has EDM producer Baauer’s “Harlem Shake” in it.

Baauer claims he received no licensing requests for the once-viral track and in a tweet pledged that “I’m taking action. Whatever I can do to stop this loser.”

Many have noted that included among Pai’s dancers in the clip is a notorious promoter of the Pizzagate conspiracy.

my first instinct was this can’t be real then i remembered it was still 2017 #NetNeutrality we are living in a full on parody now pic.twitter.com/Rs8htenbd2

Official statement re the use of “Harlem Shake” in Daily Caller’s video of FCC Chairman Ajit Pai: neither Mad Decent nor Baauer approved this use nor do we approve of the message contained therein. We have issued a takedown will pursue further legal action if it is not removed.

I’m Taking action. Whatever I can do to stop this loser https://t.co/Ajo6wBATdF