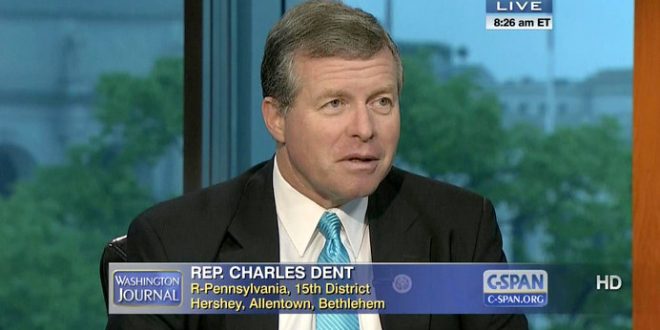 GOP House Rep: “Divisive” Trump A Factor In My Exit

Rep. Charlie Dent, R-Pennsylvania, said Republican candidates facing re-election would have to surpass challenging hurdles, among them Trump’s divisive nature as the figurehead of the party.

“Well, at least in my case, I would say the President was a factor, but not the factor for me deciding to leave,” Dent told CNN’s Poppy Harlow, while a “a very challenging midterm environment” also contributed to his decision.

“The party of the President typically loses 32 seats in a situation like this,” Dent told CNN, but “of course then, Donald Trump, you know, complicates that because he’s a very polarizing figure, and so I suspect our challenges will be even greater just because of that.”

Previous GOP Rep: If Robert Mueller Were Any More Biased, He’d Have Credentials From The Mainstream Media [VIDEO]
Next Trump 2020 Campaign Solicits Votes For “2017 King Of Fake News And Liberal Propaganda” Trophy