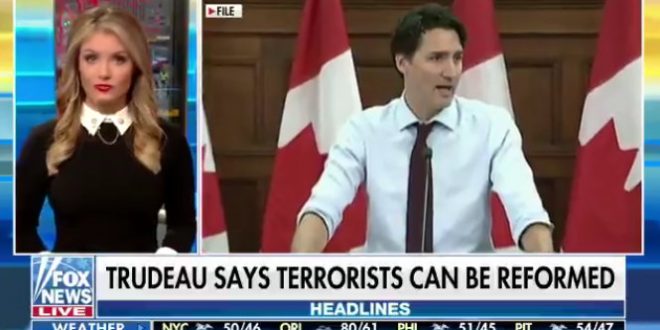 “Fox & Friends” floated the possibility on Friday that in addition to a wall on America’s southern border, the U.S. should consider erecting one to protect Americans from Canada.

“President Trump might want to think about a northern border wall if Canadian Prime Minister Justin Trudeau gets his way,” said Jillian Mele during the show’s headlines segment.

In Mele’s telling, the wall might be necessary due to new Canadian domestic policies initiated by Trudeau.