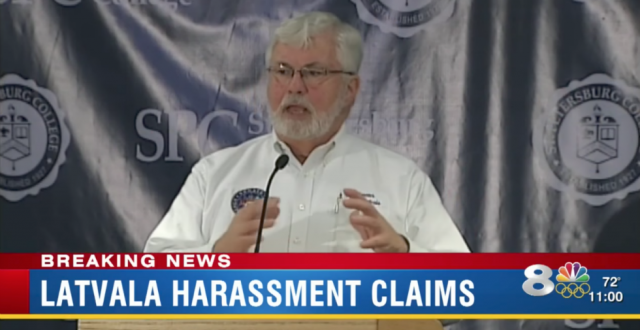 A powerful Florida state senator and Republican candidate for governor resigned Wednesday the day after an investigation found credible evidence of sexual misconduct.

Republican Sen. Jack Latvala continued to deny any wrongdoing as he announced he’s stepping down Jan. 5, and took parting shots at Republican leaders who he said called for his resignation before he could defend himself.

“I have had enough. If this is the process our Party and Senate leadership desires, than I have no interest in continuing to serve with you,” Latvala said in a letter submitted to Senate President Joe Negron.

Previous AT&T Announces $1000 Bonus For All Employees After GOP Tax Scam Bill Passes (But Hang On, Not So Fast)
Next Flake Flakes On White House Tax Celebration: I Can Only Take So Many Of These Stand And Clap Things