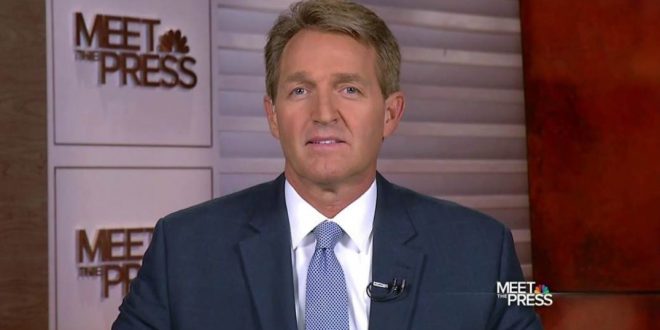 Flake Flakes On White House Tax Celebration: I Can Only Take So Many Of These Stand And Clap Things

Sen. Jeff Flake (R-Ariz.) said he skipped a gathering of congressional Republicans at the White House on Wednesday because he did not want to attend an event where lawmakers are expected to simply “stand around and clap.”

The event, attended by House and Senate GOP leaders and a number of Republican lawmakers, was held to celebrate congressional Republicans’ passage of a massive tax rewrite.

“I can only take so many of those stand around and clap things, I’d rather be here,” Flake told reporters at the Capitol.

Previous Florida GOP Gubernatorial Candidate Resigns From State Senate Over Sex Allegations: “I’ve Had Enough”
Next Trump Applauds State TV For Loving Him So Much