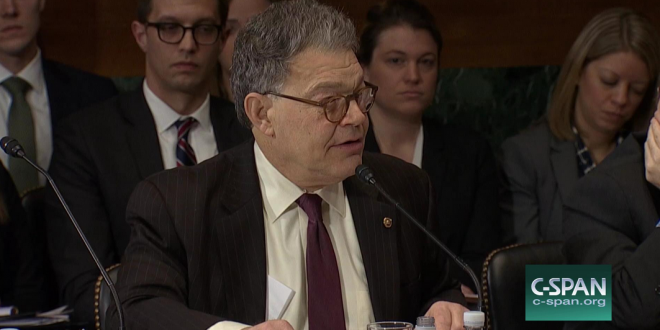 Sen. Kirsten Gillibrand (D-N.Y.) called for Sen. Al Franken (D-Minn.) to resign in the wake of multiple sexual misconduct allegations against him. “While Senator Franken is entitled to have the Ethics Committee conclude its review, I believe it would be better for our country if he sent a clear message that any kind of mistreatment of women in our society isn’t acceptable by stepping aside to let someone else serve,” Gillibrand said in a Facebook post.

It is clear that Al Franken has engaged in a pattern of egregious and unacceptable behavior toward women. He should resign.

Today, I am calling on my colleague Al Franken to step aside. I’ve struggled with this decision because he’s been a good Senator and I consider him a friend. But that cannot excuse his behavior and his mistreatment of women. (thread)

Dem Sen. Patty Murray, the highest-ranking woman in the Senate, joins calls for Franken to resign

Previous Wildfires Continue To Spread In Southern California, 50,000 Ordered To Evacuate, Highways Closed [VIDEO]
Next Obama Warns Of Parallels To Rise Of Hitler