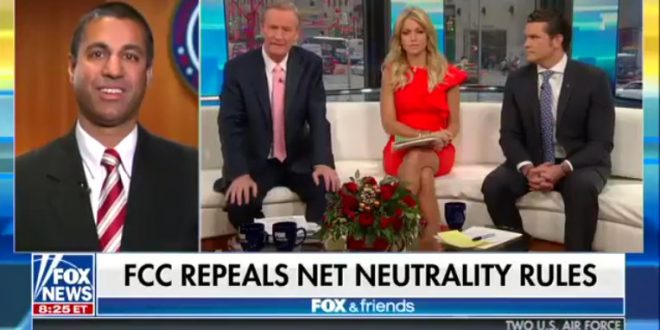 Federal Communications Commission (FCC) Chairman Ajit Pai said Friday that supporters of net neutrality provisions that were repealed Thursday have been proven wrong, as internet users wake up still able to send emails and use Twitter after the regulations were struck down.

Speaking on “Fox and Friends,” Pai said Friday that net neutrality supporters such as ABC late-night host Jimmy Kimmel were wrong to grandstand about the end of “the internet as we know it.”

“He’s getting everything wrong about it,” Pai said of Kimmel. “The free and open internet we had prior to 2015 is the one we’re going to have going forward. And that kind of name-calling and hysteria is disappointing, but it’s not surprising.”