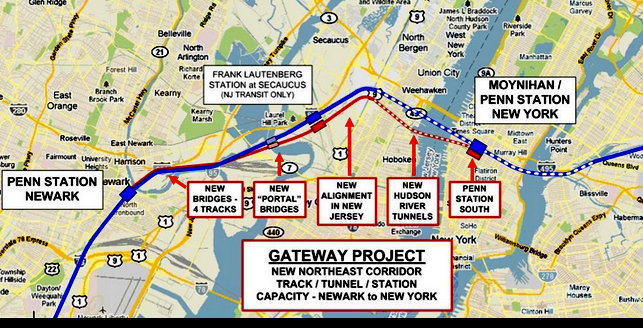 President Donald Trump dropped his own New Year’s ball—in the form of a wrecking ball—with a late Friday afternoon announcement that effectively wipes out plans for perhaps the nation’s most crucial infrastructure project.

The president officially scrapped his predecessor’s proposal to have the federal government underwrite half the cost of a multi-billion-dollar Amtrak tunnel connecting New Jersey to Penn Station, the busiest transit hub in the U.S.

The lone existing tunnel is rapidly deteriorating, threatening to sever Amtrak’s popular Northeast Corridor and to divert tens of thousands of New Jerseyans from their daily Manhattan commutes via New Jersey Transit.

The administration released the news on the cusp of a holiday weekend in a letter from a top Federal Transit Administration official to Gov. Andrew Cuomo and his New Jersey counterpart Chris Christie, who had agreed with the Obama administration to split the project’s costs 50-50.

He’s going to try to use this as leverage on @SenSchumer @chuckschumer and the NY/NJ delegation to support the Trump Road and Bridge Privatization Plan. Meanwhile, the old tunnel is quickly crumbling. https://t.co/4q3aTkhwlv via @crainsnewyork

Gateway is not just a local project. In failing to acknowledge how the economy of the whole nation depends on it, WH puts the country, and countless lives, at imminent risk. https://t.co/hpZJoDHbTY