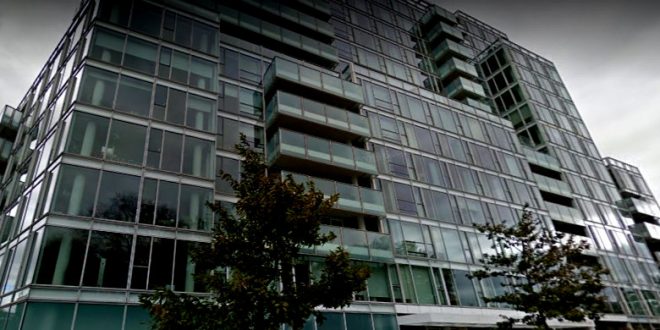 A Brooklyn judge has ordered a divorce lawyer into a padded room. The jurist ruled that the loudmouth lawyer has been terrorizing her neighbors at her ritzy condo building so much — blasting classical music and shrieking things such as “Obama is a murderer!” and “Rape!” around the clock — that her pad has to be soundproofed.

The order is “very unusual — but it’s a testament to just how crazy she is,’’ condo board member Dennis Sughrue, also a lawyer, told The Post about cacophonous counsel Andrea J. Coleman. Coleman initially had been fined $31,000 for disobeying a court order to keep quiet.

Justice Edgar Walker then came up with an alternative: He would drop the fine if Coleman allowed the board’s acoustical engineer to soundproof her fifth-floor pad at 1 Grand Army Plaza. In fact, Walker didn’t give Coleman much choice.

The judge’s order says that the soundproofing will be installed by “forcible entry” if Coleman refuses to agree.

The above-linked story doesn’t say why Coleman continues to literally scream about Obama nearly a year after he left office.

Previous Adulteress Begins Role As US Ambassador To Vatican
Next REPORT: British Leaders Fear Trump’s Rage If Obamas Get Invitation To Royal Wedding And He Doesn’t