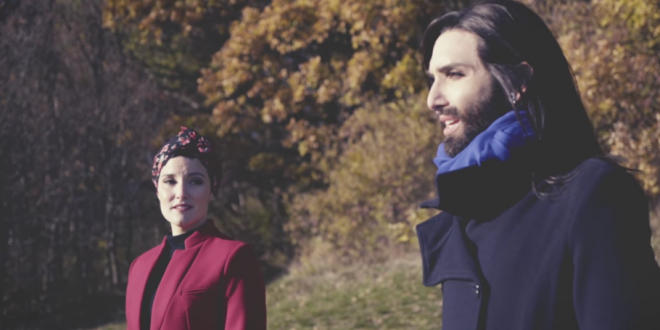 Heast As Net is a bittersweet song, about time that passes by, leaving only memories. Transitoriness and the flow of life. Yet it also celebrates the beauty and diversity of life. Conchita and Ina both grew up in rural areas, in dialect-speaking families, and were happy to contribute to the tradition of folk music, including yodeling.

Below is the 1992 original as well as Conchita’s winning Eurovision song, which went on to top the charts across Europe, much to the furor of anti-gay haters, particularly in Russia.

Previous VIRGINIA: Nazis Denied Permit For Anniversary Rally
Next MSNBC’s Mika Rages After Trump Implies Sen. Kirsten Gillibrand Would Have Sex With Him For Money [VIDEO]