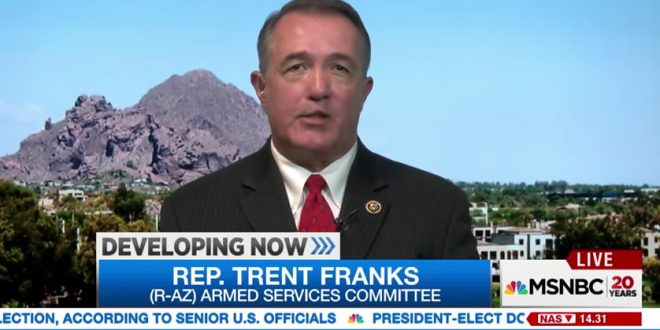 Arizona Republican Rep. Trent Franks is expected to resign from Congress, a source with knowledge told Roll Call. The 8th District congressman did not confirm or deny any plans to resign. He said he expected to make a statement Thursday.

“We will have a statement a little bit later, but that’s all I can tell you right now,” Franks told Roll Call. “The statement will explain.”

It is unclear exactly why Franks is stepping down, but one Arizona Republican said there had been rumors of inappropriate behavior. The Republican said the congressman had apparently been making plans to run for Senate in 2012, but abruptly canceled those plans.

So… what do we think Trent Franks did?

Trent Franks said to be stepping down from Congress for inappropriate behavior https://t.co/kDgJSWdygc via @azcentral