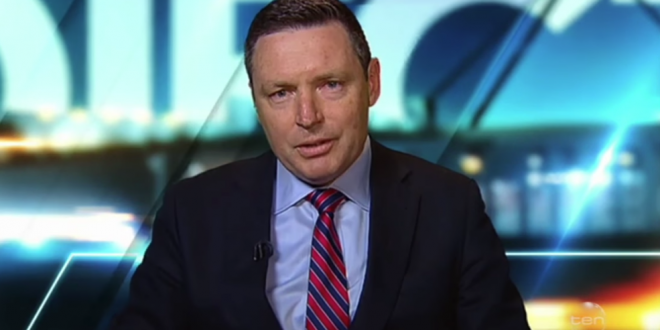 Australian Haters Have The Super Sadz

Via press release from the Australian Christian Lobby:

The passing of the Dean Smith bill unamended through the House of Representatives today was evidence of the disregard that many MPs have for the freedoms of Australians and the upholding of international human rights obligations, the Coalition for Marriage said today.

“It is deeply disappointing that both the Prime Minister and the Opposition Leader reneged on the assurances they gave to the Australian people during the marriage campaign,” Coalition for Marriage spokesman, Lyle Shelton said.

“The Australian people were promised that their freedom of speech, freedom of religion and parental rights would be protected in any same-sex marriage legislation, and this has not happened. “It’s classic bait-and-switch. Australians were told that they could vote ‘yes’ and have their freedoms protected, but were given the Dean Smith bill instead.

“As a result of the parliament failing to uphold the rights and freedoms of ordinary Australians, we expect to see similar consequences for free speech, freedom of religion and parental rights as what we have seen overseas.

“We are grateful to those MPs who stood by the Australian people and stood up for freedom in trying to pass some amendments through the House. Unfortunately, they were too few today. The Coalition for Marriage promised to stand up for the rights and freedoms of Australians, and we intend to keep doing that,” he concluded.

I fought this because I believe in free speech, the right of a child to be allowed to know the love of both parents, wherever possible, and the rights of parents not to have their children exposed to radical 🏳️‍🌈 gender & sex ed. All of which causes oppression. https://t.co/9hTsjc7W32

The gallery just applauded the defeat of an amendment that would have protected charities’ rights to hold a traditional view on marriage. It only took a couple of years after 🏳️‍🌈 marriage for a charity to be attacked for not supporting 🏳️‍🌈 marriage. @familyfirstnz

As the Australian Parliament votes down freedom protections, a cake artist who was targeted for his belief on marriage by interstate 🏳️‍🌈 activists (they drove half way across America to his cake shop), is in court. But, hey, no consequences. https://t.co/iHfhFNcbhX

Hello from America, you douchebag liar. That couple lives in DENVER just a few miles from the Masterpiece Cakeshop.https://t.co/Q6rM9QQ29l