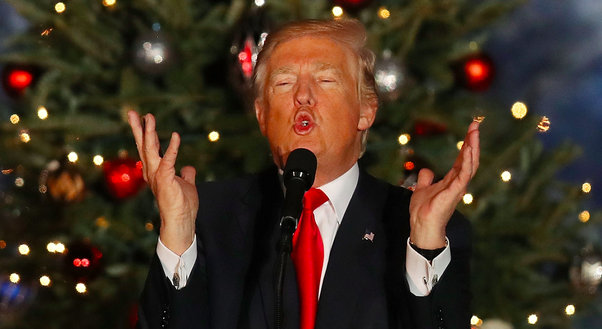 After living in Washington for nearly a year, President Donald Trump has yet to enjoy a single non-working meal at a restaurant that doesn’t pay him rent. He hasn’t taken in a performance at the Kennedy Center; hasn’t been to a sporting event; hasn’t toured most of the sights.

Trump has spent at least part of more than 100 days of his presidency at properties he owns — taking winter weekends at his private Mar-a-Lago club in Florida and summer weekends in Bedminster, New Jersey, or at his Virginia golf club.

Those weekends that he does spend in Washington, Trump has dined at just one restaurant: BLT Prime in the Trump International Hotel, which opened last year just a few blocks from the White House. Trump’s visits have thrilled the tourists who flock to the hotel, building buzz and earning revenue. But most often, Trump, who is known to prefer well-done steaks with ketchup to snootier fare, chooses to eat in.

Previous Trump Lies About Having Bill-Signing Record
Next VIRAL VIDEO: Bad Lip Reading With The Trumps