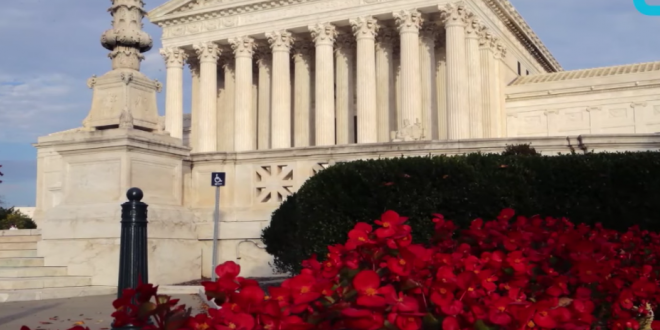 An Arkansas judge on Friday blocked the state from issuing any birth certificates until officials are able to comply with a U.S. Supreme Court ruling that the state’s birth certificate law illegally favors heterosexual parents.

Pulaski County Circuit Judge Tim Fox on Friday set aside his orders requiring the state and three same-sex couples go into mediation on how to fix the state law to comply with the U.S. high court’s order. Attorney General Leslie Rutledge earlier this week asked the state Supreme Court to stay or lift Fox’s mediation order.

“This case has been pending for over two years and it has been more than six months since the United States Supreme Court ruled the Arkansas statutory scheme unconstitutional,” Fox wrote in his order. “There are citizens and residents of the state of Arkansas whose constitutional rights are being violated on a daily basis.”

Previous ALABAMA: Brutal New Anti-Roy Moore Ad Campaign Asks “What If She Was YOUR Little Girl? [VIDEO]
Next Loony Christian Activist: “Homo Deviants” Weren’t Born That Way, They Were Vaccinated That Way [VIDEO]