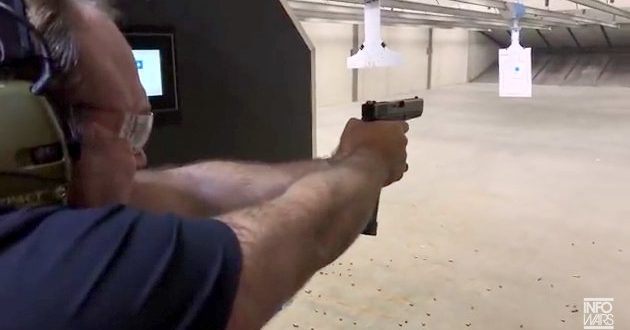 Conspiracy theorist Alex Jones and Roger Stone, a conservative pundit who has advised President Donald Trump for decades, visited a shooting range to fire weapons in preparation for a civil war in the event Trump is removed from office.

The visit was documented in a nearly one-and-half-hour-long December 19 video posted to Jones’ YouTube channel with the title “Roger Stone Prepares For Civil War After Trump Is Removed From Office: LIVE AUTO GUNFIRE.”

Stone, who is a contributor to Jones’ Infowars website, said, “We do not advocate violence or foment violence, but if there is a coup d’etat, if there is an illegitimate unconstitutional effort to remove Donald Trump on trumped-up charges by a biased and partisan prosecutors (sic) or an illegitimate takedown by the 25th Amendment, there will be a civil war in this country.”

“The Trump constituency has been awakened and they will not be put to sleep,” added Stone. He then said that he was at the shooting range to practice self-defense for himself and his family, but also to “defend the Constitution” if it is necessary.