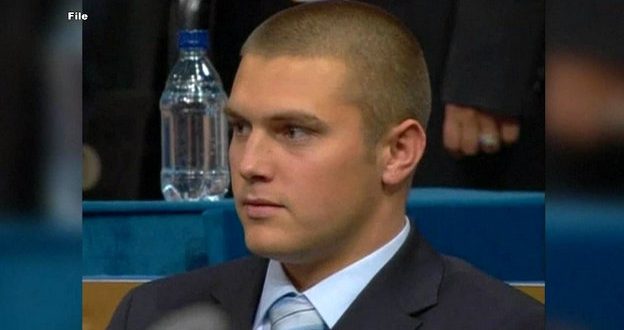 Track Palin, the son of former Alaska Gov. Sarah Palin, opted not to finish a therapeutic court program for military veterans to address a 2016 domestic-violence arrest.

Wasilla police arrested Palin, 28, on Saturday for beating his father, Todd Palin, at his parents’ home near the Parks Highway. It was Sarah Palin who called police.

Palin remained jailed at Mat-Su Pretrial Facility on $5,000 cash or corporate bail and release to a third-party custodian.

Track Palin, the oldest son of former Alaska Gov. Sarah Palin, called police officers “peasants” and “moved around in a strange manner” before he was arrested for allegedly breaking into his parents’ house and assaulting his father, according to a police affidavit.

Police were called to the Palin family home on Saturday night after Sarah Palin, the 2008 Republican vice presidential nominee, told officers her son was “freaking out” and on “some type of medication,” according to the affidavit, contained in a court filing.

Todd Palin, Track’s father, “appeared to have injuries to his face and head based on the visible blood running down his face,” Wasilla Police Officer Adam LaPointe said in the affidavit.