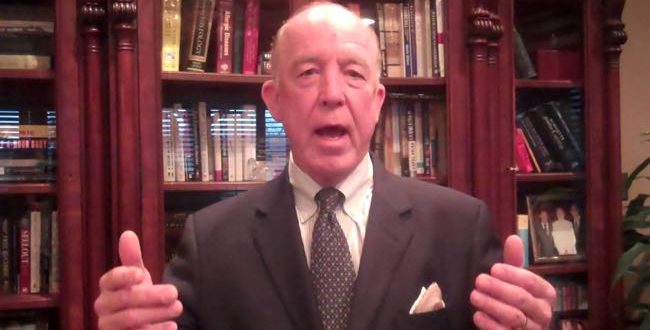 Looking to activate the Republican base, Moore has sent out mailers highlighting his endorsement from President Donald Trump and portraying Jones as a steadfast ally of Hillary Clinton.

Some pro-Moore groups are taking an even more pointed approach to energize conservatives. One Moore-aligned group, Restore Our Godly Heritage PAC, is airing commercials on nearly 60 stations around the state accusing Jones of “trying to steal the election with vile, racist ads on black radio.”

“Desperate to steal this Senate race, Jones and his race-hustling allies are trying to start a race war and it’s only going to get worse in the final weekend, with millions of dollars in street money to turn out the vote,” it adds.

Restore Our Godly Heritage PAC is run and partly funded by Steven Hotze, a Texas activist known for his over-the-top anti-LGBTQ rhetoric. Hotze has been a loyal backer of Moore’s campaign. Restore Our Godly Heritage PAC, according to its spending report on the weekend’s radio ads, has spent $91,000 to date supporting Moore and opposing Jones. In addition, Hotze and his wife have each personally contributed a maximum donation of $2,700 to each of the three phases of Moore’s campaign, a total of more than $16,000.

PREVIOUSLY ON JMG: In May 2017, Hotze “prophesized” that God will destroy “all the individuals serving in the state legislature, and their staff, who support, promote and practice sodomy and other perverted, sexually deviant lifestyles.” Last year Hotze declared that gays are like termites “eating away at the very moral fabric of the foundation of our country.” He is also fond of declaring that it’s now a hate crime to denounce homosexuality. It was Hotze who bankrolled the successful campaign to repeal Houston’s “wicked, evil, Satanic” LGBT rights ordinance, during which he compared gays to rapists and murderers.