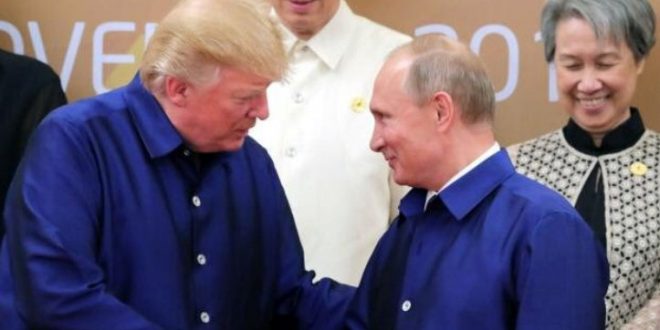 For all the norms and traditions and basic standards of human behavior Donald Trump has broken in his 10 months as president, there is one pastime he couldn’t get away from.

At the annual Asia-Pacific Economic Cooperation summit, held this year in Vietnam, Trump donned an oversize, bright blue, traditional Vietnam shirt alongside his fellow world leaders . . . including Vladimir Putin, standing right next to him for the “class photo“ that kicked off the event.

If Trump were as clever about optics as he claims to be, he would have seen this coming: an American president—dogged by allegations of collusion with the Russian government—standing next to the Russian president, looking for all the world like they‘re wearing matching pajamas and about to sleep next to each other in twin beds, Bert and Ernie style.