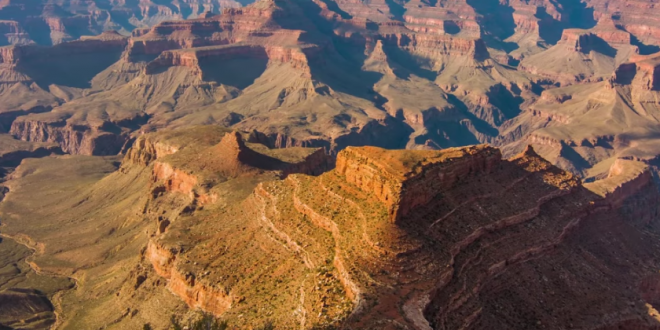 The U.S. Department of Agriculture’s Forest Service released a recommendation Wednesday to lift former President Obama’s uranium mining ban in the watershed of the Grand Canyon. The move was made in response to President Trump’s sweeping “energy independence” executive order in March to ease regulatory burdens on energy development.

“This appalling recommendation threatens to destroy one of the world’s most breathtakingly beautiful regions to give free handouts to the mining industry,” said Allison Melton, an attorney with the Center for Biological Diversity. “The Trump administration’s willingness to sacrifice our natural treasures to polluters knows no bounds. But this reckless, shortsighted proposal won’t be allowed to stand.”

The Havasupai Tribe, who live within the Grand Canyon, has fought against uranium mining near the national park due to fears its water supply could be contaminated.

“This is a dangerous industry that is motivated by profit and greed with a long history of significantly damaging lands and waters,” Havasupai Tribal Chairman Don E. Watahomigie said in a statement.

“They are now seeking new mines when this industry has yet to clean up the hundreds of existing mines all over the landscape that continue to damage our home. We should learn from the past, not ignore it.”

Uranium mining in the four corners region has left a toxic legacy on many Native American communities. Navajo miners developed high rates of lung cancer from unsafe mining practices, and there is still radioactive waste lingering throughout their tribal lands.

The economic implications of lifting the ban don’t work in the favor of the Trump administration either. Existing uranium mines in the area are currently idled, not because of regulations, but because of rock-bottom global uranium prices.

Trump Rule #1: If Obama did it, it must be undone.

Previous Jeff Sessions Under Fire For Not Disclosing Russia Convo With Papadopoulos During Senate Hearings
Next Pat Robertson Tells Viewer: Maybe God Let Your Boy Die So He Wouldn’t Grow Up An To Be Atheist [VIDEO]