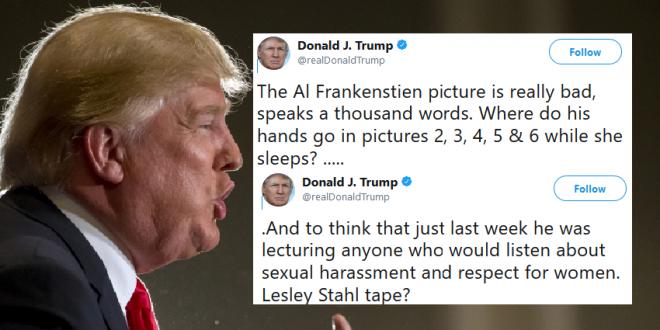 President Donald Trump is displaying selective outrage over allegations of sexual harassment against prominent men in politics, as his own tortured past lingers over his response.

Trump has repeatedly declined to follow Senate Majority Leader Mitch McConnell and House Speaker Paul Ryan in calling on Moore to quit the race. Both had said they believe Moore’s accusers.

.And to think that just last week he was lecturing anyone who would listen about sexual harassment and respect for women. Lesley Stahl tape?