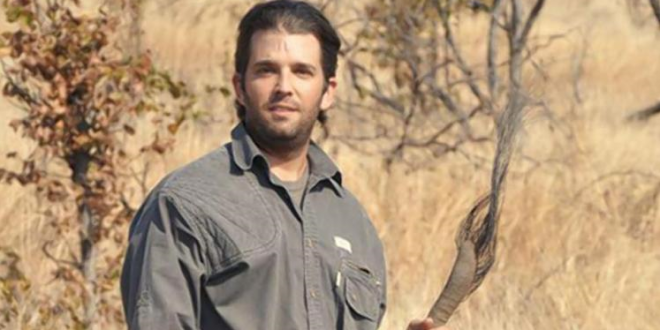 The Trump administration plans to allow hunters to import trophies of elephants they killed in Zimbabwe and Zambia back to the United States, reversing a ban put in place by the Obama administration in 2014, a U.S. Fish and Wildlife Service official confirmed to ABC News today.

Even though elephants are listed as endangered under the Endangered Species Act, a provision in the act allows the government to give permits to import these trophies if there is evidence that the hunting actually benefits conservation for that species. The official said they have new information from officials in Zimbabwe and Zambia to support reversing the ban to allow trophy hunting permits.

Savanna elephant populations declined by 30 percent across 18 countries in Africa from 2007 to 2014, according to the Great Elephant Census published last year, which put their remaining numbers at just over 350,000.

This elephant trophy thing just has the stink of his odious deviant of a son, @DonaldJTrumpJr, all over it. Junior’s got some serious shortcomings to overcompensate for apparently.

Time for another anthropological foray into Trump country to see how lifting the ban on elephant parts has stimulated the coal industry.