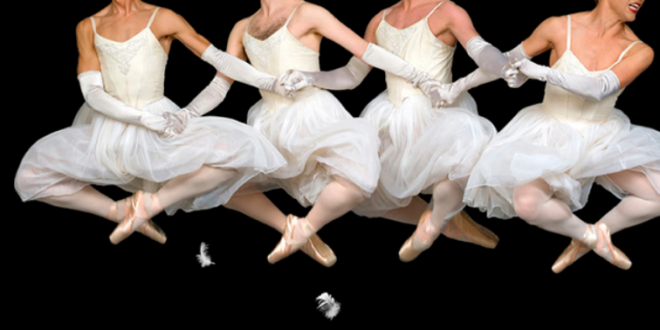 Beloved by dance aficionados, Les Ballets Trockadero de Monte Carlo, known as The Trocks by its devoted international following, is a New York-based, all-male classical-ballet comedy troupe. Its members are doubly extraordinary. Not only are they exquisitely trained ballet dancers with top-drawer technique, including a mastery of pointe work (typically only done by females), but they are also first-class physical comedians.

Fans of the company’s hilarious, campy spoofs of classical ballet’s stuffy traditions and signature choreography have appreciated the dually talented nature of its dancers for more than four decades. But thanks to filmmaker Bobbi Jo Hart’s Rebels on Pointe, a waggish, warmhearted documentary about The Trocks, we now know that there’s a third criterion for membership in the famous drag dance company: You must be a super-nice guy.

Rebels On Pointe has its US premiere in New York City today after winning raves at film festivals across North America. Upcoming commercial dates are here.