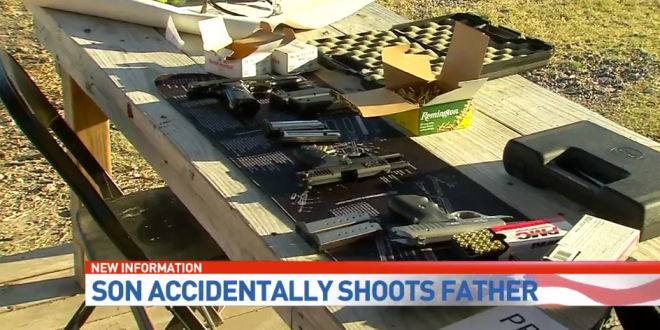 A Texas man has died after being accidentally shot in his head by his 12 year-old son during the child’s first gun lesson.

The Comal County Sheriff’s Office says the 53-year-old man was teaching his son how to shoot on a more than 10 acre private property in Bulverde when it happened. Deputies say it was an accident. Many in the community are saddened by the news, but local gun expert Jaime Correa says it’s not unusual for kids to learn how to handle a gun at such an early age. “The rules of gun safety are no different at the public range, at the private range and your own backyard,” Correa said.