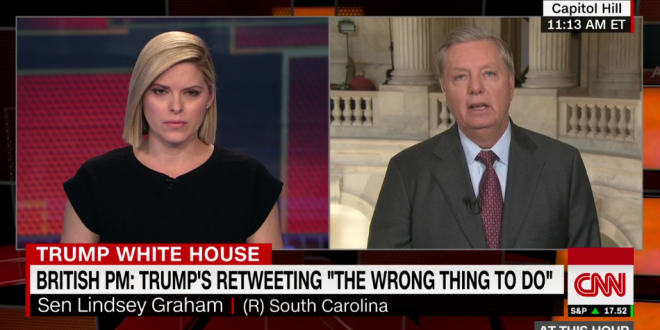 “The one thing I’ve learned after 42 trips to the region is that the antidote to terrorism is not racism and religious bigotry. When you embrace religious bigotry, when you say that all Muslims are the same, then you’re undercutting our effort to win the war. I think it was very inappropriate for the President of the United States to retweet these videos, because they just breed hatred and contempt.” – Sen. Lindsey Graham, speaking today on CNN.

Sen. Graham on President Trump’s anti-Muslim retweets: “The antidote to terrorism is not racism and religious bigotry” https://t.co/IbeHtXYTz4