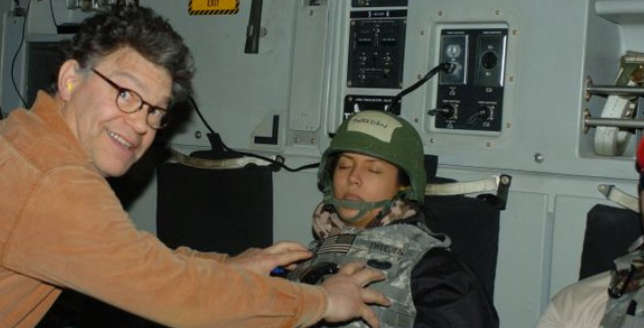 Broadcaster and model Leeann Tweeden said Thursday that Sen. Al Franken (D-Minn.) “forcibly kissed” her and groped her during a USO tour in 2006, saying that “there’s nothing funny about sexual assault.”

“You knew exactly what you were doing,” Tweeden wrote in a blog post for Los Angeles radio station KABC, for whom she works as a morning news anchor. “You forcibly kissed me without my consent, grabbed my breasts while I was sleeping and had someone take a photo of you doing it, knowing I would see it later, and be ashamed.”

In a statement, Franken said: “I certainly don’t remember the rehearsal for the skit in the same way, but I send my sincerest apologies to Leeann. As to the photo, it was clearly intended to be funny but wasn’t. I shouldn’t have done it.”

Breitbart is reacting as you’d expect.