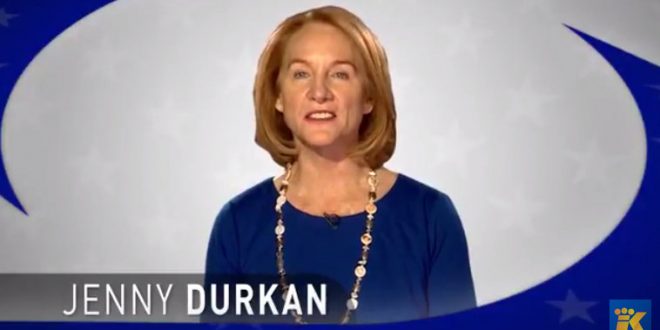 Jenny Durkan has been elected mayor of Seattle, making her the city’s first out lesbian mayor and its first woman mayor since the 1920s. Durkan won 61 percent of the vote, more than 21 percentage points ahead of her opponent, Cary Moon, The Seattle Times reports.

Durkan is a former federal prosecutor, having been appointed U.S. attorney for the Western District of Washington by President Obama in 2009. She had the support of business groups, labor unions, and local and state politicians. Moon, though, had the endorsement of the King County Democrats. Both women are Democrats, but the mayoral race is nonpartisan.

Durkan will take office November 28. Mayor Ed Murray, a gay man, resigned this year after being accused of sexually abusing younger men, allegations he has denied. City Council member Tim Burgess became interim mayor, and Durkan will take over from him.