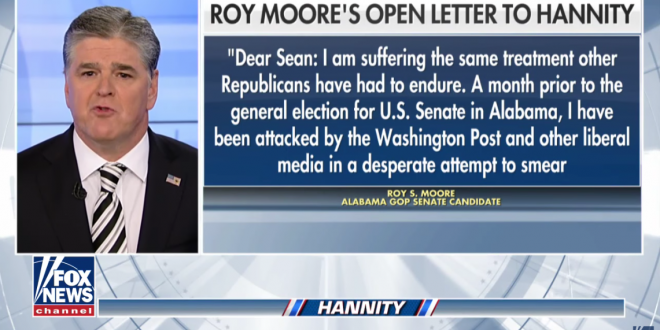 After a provocative call Tuesday night for Alabama Senate candidate Roy Moore to address looming allegations of sexual assault of minors or drop out of the December race, Fox News host Sean Hannity backed off the ultimatum.

Instead, he ended his Wednesday show by reading a letter to him from Moore and with a call to Alabama voters to make their own “informed decision” at the polls.

Wednesday evening’s show began under a chryon, “Day of reckoning for the Clintons.” Hannity spent much of the show focused on past scandals involving former President Bill Clinton and former Secretary of State Hillary Clinton.