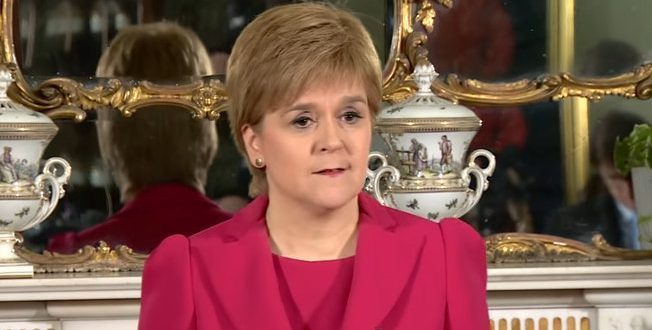 Scotland’s devolved government issued an apology on Tuesday to men convicted in the past for same-sex activity and passed a new law which will allow them to clear their names.

“It is only right that we address this historic wrong,” First Minister Nicola Sturgeon told the Scottish parliament. Discriminatory laws, although abolished, continue to have implications for people to this day,” she added. “The wrong has been committed by the state to them, not by the individuals.”

She added: “I categorically, unequivocally and wholeheartedly apologize for those laws and for the hurt and the harm they did to so many.” Watching from the gallery, same-sex couples wept, held hands and applauded.

“(The) apology will give a great deal of comfort to many who were unjustly prosecuted and will help draw a line, once and for all, under a dark period in #Scotland’s history.” #LGBTQ https://t.co/ZqzYt31I2H

Previous Junior: Vote For The Republican Tomorrow
Next That Time Omarasa Brought Her Rowdy 39-Person Uninvited Bridal Party To The White House For Photos