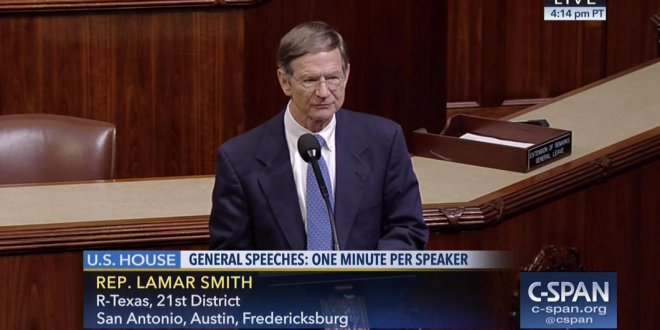 “For several reasons, this seems like a good time to pass on the privilege of representing the 21st District to someone else. At the end of this Congress, I will have completed my six-year term as chairman of the Science, Space and Technology Committee. I have one new grandchild and a second arriving soon! And I hope to find other ways to stay involved in politics. With over a year remaining in my term, there is still much to do. There is legislation to enact, dozens of hearings to hold and hundreds of votes to cast.” – GOP Rep. Lamar Smith, joining the nearly two dozen House Republicans who will not seek reelection in 2018.

RELATED: Lamar last appeared on JMG when he declared that climate change is a good thing because melting arctic ice opens up new shipping routes.