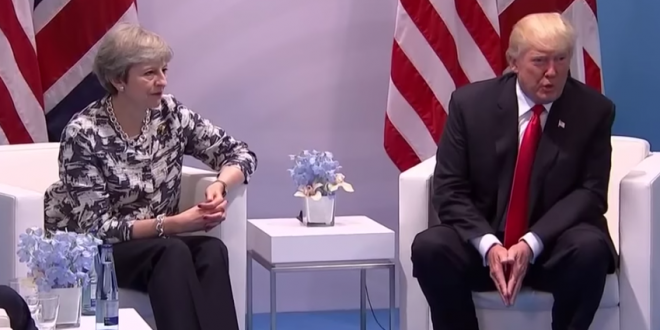 US diplomats have dropped plans for Donald Trump to conduct a visit to Britain in January amid a war of words between the two countries’ leaders. Mr Trump, the US president, had been penciled in for a ‘working visit’ in the first month of 2018 to formally open America’s new London embassy.

The trip, a scaled down version of a state visit with no meeting with the Queen, was intended to allow Mr Trump to come to the UK while avoiding the mass protests a full state visit would likely trigger.

However, The Telegraph can reveal that the trip has been pushed into the long grass, with no new date in the diary picked. A senior US diplomat said: “The idea of a visit has obviously been floated, but not December and not January. I would not expect a Trump visit in January.”