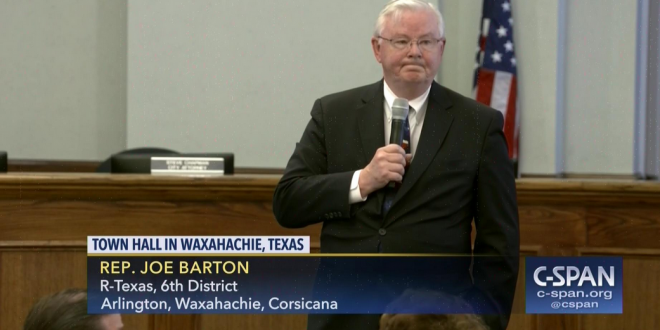 Rep. Joe Barton, whose private life came under national scrutiny after sexual images he shared in an extramarital relationship were made public, won’t seek re-election. The Ennis Republican announced his retirement in an interview with The Dallas Morning News on Thursday, three weeks after saying he would seek an 18th term.

He’s faced crushing pressure in recent days after lewd images and suggestive messages he exchanged during extramarital relationships surfaced online, an event that prompted a number of women with whom he was involved to speak publicly about their exchanges with Barton.

But unlike other high-profile men who’ve seen their careers crumble recently in politics, Hollywood and the news media, none of Barton’s accusers have said he engaged in sexual harassment or abuse of power.