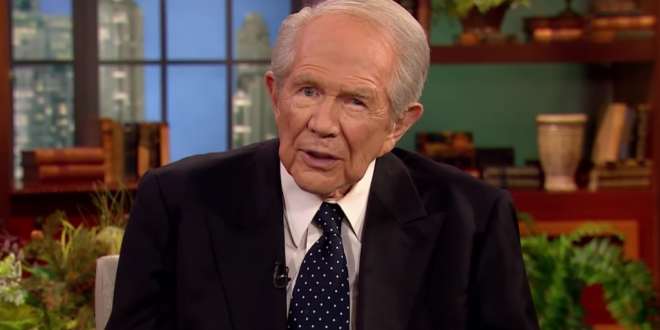 Pat Robertson Tells Viewer: Maybe God Let Your Boy Die So He Wouldn’t Grow Up An To Be Atheist [VIDEO]

On today’s episode of The 700 Club, a woman wrote in to ask Pat Robertson why God allowed her 15-year-old son to die. Robertson, for some reason, decided to give her a very specific answer: God may have let your son die to prevent him from becoming an alcoholic or atheist later in life.

“So what would’ve happened maybe 10 years from now? Would he have started drinking? Would he have gone away from the Lord? What would’ve happened? So God, who sees the end from the beginning, knows what would happen to that child, and because He loves the child and loves him, He wants to bring him to Heaven forever, and He wants to spare him some of the bad things that would happen down the road.”