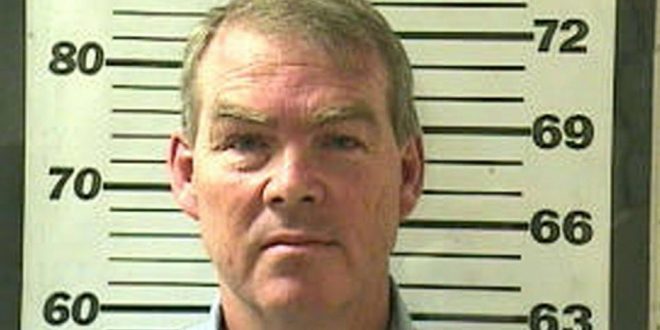 One of the ministers who serves a Theodore church where Roy Moore spoke Wednesday night was federally convicted of trying to block an investigation involving claims his son molested children in Honduras.

Rev. Bill Atkinson led the music portion of the Moore event at the Magnolia Springs Baptist Church, where the U.S. Senate candidate spoke for over 20 minutes and was interrupted twice by people in the audience.

In 2012, Atkinson was found guilty of obstruction and conspiracy for ordering two of his children to destroy a hard drive of a digital video recorder, which held evidence that incriminated his son for child molestation.

At the time, William James “Will” Atkinson IV was in a Honduras jail awaiting trial on charges that he molested children at an orphanage the Atkinson family owned. Those allegations came to light when his younger brother, Jonathan Atkinson, set up a secret surveillance system in Will’s office after some of the children said they had been touched inappropriately.

Struggling to find the right balance between punishing a crime and recognizing the much-praised life of the man who committed it, a federal judge today imprisoned a Theodore nursery farmer for two months and fined him $25,000 for engineering a cover-up.

U.S. District Judge Kristi DuBose determined that Bill Atkinson, 58, faced at least four years and three months under advisory sentencing guidelines on the obstruction charge. The guidelines were based on the severity of the underlying offense, which involved child molestation allegations against Atkinson’s eldest son, William “Will” Atkinson IV.

But DuBose said after a 1½-hour hearing that imposing that sentence would amount to punishing the defendant for the crimes of his son. Previous FISTFIGHT: Roy Moore Campaign Dares Jimmy Kimmel To Come To Alabama And Mock Them “Man To Man”
Next Christian Group That Covered Up Sexual Assault Prays For God To “Anoint The Briefs” Of Anti-Gay Baker